Ceiling Fans: The Trouble With Squeaks, Clacks, And Hums 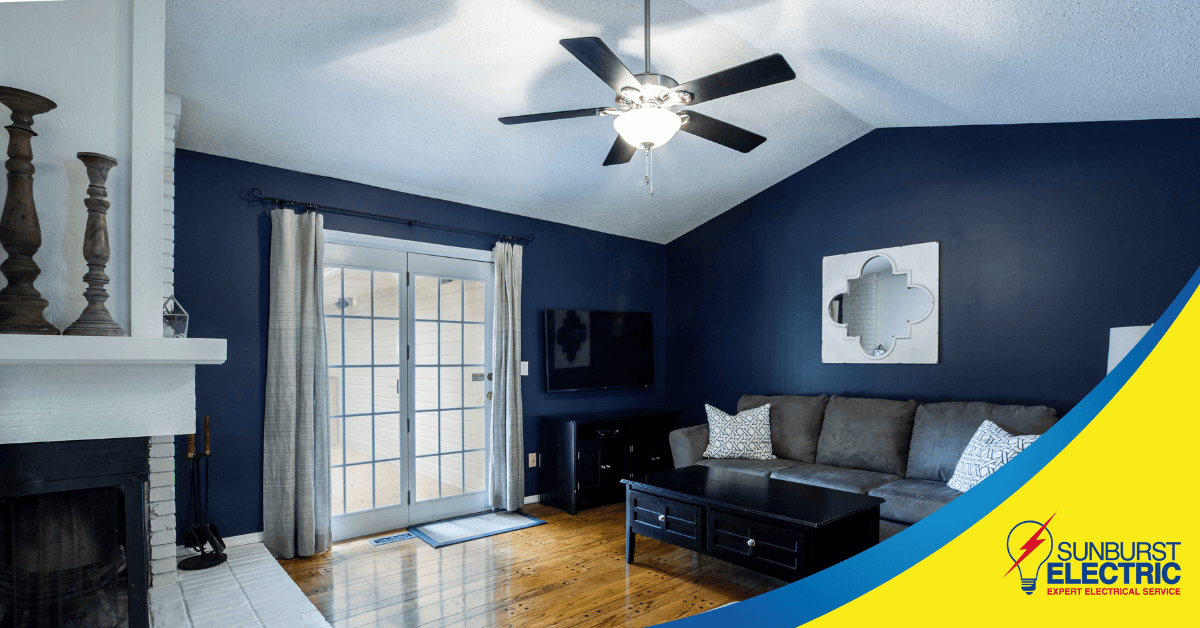 Ceiling fans are incredibly useful devices when the summer heat waves hit home. But we’ve all known the torture of lying awake at night, wondering what to do about that important presentation you’ve put off which is due for tomorrow, and listened to the mocking squeak squeak squeak of a ceiling fan. In the silence of your bedroom, somehow that noise manages to make itself heard even above the din of self-recrimination in your head.

While that noise may grate on your nerves so much that a sudden, uncontrollable rage takes root (it’s called “misophonia”, by the way) and makes you want to grab the fan by the blades and tear it right out of the ceiling, there are actually less drastic measures you can take.

According to Ceiling Fan Pro, “The first step is to distinguish what kind of noise it sounds like. Is it a combination of clacking or humming or just a persistent droning that is not sounding normal? Write all of these descriptions down to create a checklist for later. When you begin the next day when there is plenty of light, it will be easier to find the source of that sound.” While this may seem like a random suggestion for a way in which to while away the time as a result of your newly-discovered insomnia (and latent misophonia), there is actually a valid point to be made here. Fans hum. And they rattle. And they squeak. And clack. And grind. Or – and this is my personal worst nightmare – they tick.

Once you have identified the noise, though, you can actually begin to troubleshoot exactly what is wrong with your fan. This sleep-deprived listing, however, could also alert you to potential serious malfunctions. As a general rule of thumb: when your fan makes a noise, it’s generally a sign that something is wrong. Either there’s a manufacturing fault, or something is loose (I don’t need to remind you of gore horror movie scenes here. Anyone recall the Final Destination movie scenes?), or something went wrong with the installation.

Fear not, however, there are a few relatively easy measures you can take which require little more than a step ladder and a screwdriver. At this point, however, it would be remiss of me not to mention that you really shouldn’t mess with electricity if you’re completely unsure of what to do. Apply common logic and basic safety awareness and make sure that your plugs and lights are switched off at the DB boards just in case (if you had to Google how to do that, please don’t attempt this at home).

Got a screw loose?

Once all basic safety procedures have been complied with, your first port of call should be to check whether you have any loose screws. Check to see whether all of the screws are actually, well … screwed in and performing as screws should. Check the screws in the mounting and the ones at the junction box. If – during this probing investigation – you manage to locate a few loose screws (or even only one – you’d be amazed by how much one, solitary loose screw can negatively affect the composite whole), then chances are that the tightening of aforementioned screw/s may have solved your problem.

At this point, it’s best to leave this to the professionals (that’s us!). If, however, you’re unsure whether this is a problem, check your fan for the following: open the junction box and check to see whether any of the wire connectors are making contact with the junction box. Bending the wires back so that they don’t touch any of the sides might eliminate your issue.

One of the easiest fixes you can conduct is to lubricate the motor. No, that is NOT an euphemism. Every engine needs oil. Mechanics: 101. And that goes for your fan motor too. One of the best ways is to grab a can of electronic cleaner to clean off any dirty or grimy areas by spraying it on to a paper towel and wiping any areas that appear less than pristine (handy tip: spraying on to the motor itself might result in oil dripping on to the new duvet cover. And no one wants further self-recrimination or an irate spouse). Electronic cleaner isn’t recommended for actually oiling bearings, though. Rather get your hands on some proper machine oil for that (again … watch for drips). Once you’ve oiled bearings, keep in mind that you may need to repeat this process every month during summer and once every three months just to ensure that your fan’s ball bearings don’t get clogged up with grime, dirt, and dust.

Fan blades warp. This is frequent and relatively common. If the blades are made out of wood, it’s an even more common occurrence. By the same token, blades or break or come loose. Regular checking of your fan blades fairly (especially after an insomnia induced night) is definitely not a bad idea. For this check, you’re going to need one addition to your arsenal of a stepladder and screwdriver … you’re going to have to employ a measuring tape.

Use your measuring tape to ensure that all of the fan blades are the same length. From there, measure to determine whether the blades are equidistant from one another (i.e. that there’s the same amount of space between all of the blades). If there are some blades that are off balance, you’re going to need a counterweight. Do not, however, opt for the ACME anvil. Use something small like a coin and tape it down at the end of the fan where it isn’t visible (seriously … tape it down … see previous references to Final Destination). You can glue the small coins, but this isn’t recommended until you figure out the precise balance. This process will require switching the electricity back on at the DB board, and then testing the fan. You can add more coins as needed and – once you’ve settled on the perfect balance – super glueing the coins to the blades.

Now, while we’ve given you a bunch of DIY tips, there are things like checking the motor function, or bulb functions that really do get complicated and may require the help of an electrical service professional. Sunburst Electric is already anticipating your call and – when we arrive – we promise not to mess up your duvet cover.