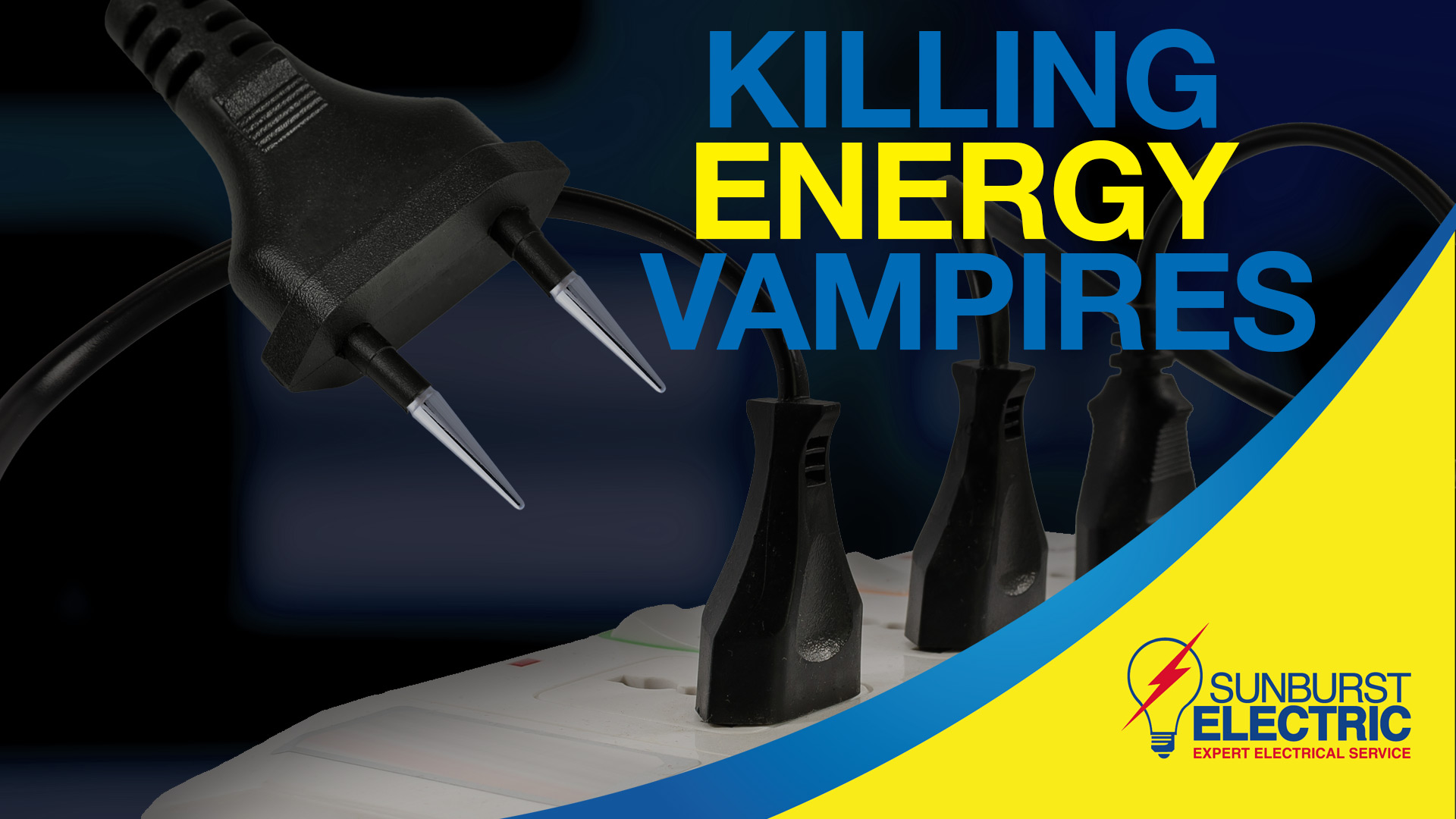 In the dark corners of your kitchen, in the abyssal crevice between your bedside table and mattress, and in that particularly gloomy corner in your study lurks an unseen foe that never sleeps. No, it isn’t the Slenderman or the Babadook. Nor is it some new insidious spyware infecting your laptops (though checking for all three probably wouldn’t hurt). We’re talking about energy vampires.

These fearsome foes come in all shapes and sizes, and can drain the life right out of your energy bill. Energy vampires are, essentially, devices that continue to drain power even when they aren’t being used. They leech energy even when they aren’t being used, resulting in higher electricity bills. Sure, one or two appliances won’t make a difference, but when last did you take a walk around the house to see which devices are currently plugged in which aren’t necessarily being used on a daily basis? You go ahead. I’ll be here when you get back.

Right, so each and every single one of those is a potential power drain and unnecessary expense. Devices such as televisions, printers, gaming consoles, and computers are constantly on standby, making them noteworthy energy guzzlers.

The list is far more extensive than you’d first imagine, and even the most innocuous device is a potential energy sucker.

Think about it this way, when a device is fully charged, the chargers themselves are still draining power. That goes for laptop chargers and cell phone chargers, in particular. Just because a device is on standby, doesn’t mean it isn’t communicating to receive updates, store data, and connect to remote servers.

Each of these formidable foes are relatively easy to do away with. We’ve become so accustomed to simply leaving these devices on that we barely give it a second thought anymore. And let’s face it, our complacency is due – in part – to laziness on our part (let’s be honest). It’s more convenient to leave a cell phone charger plugged in than it is to unplug it every time.

Slaying the beasts is far easier than you’d imagine. You can simply cluster these likely suspects together and use a power strip which you can switch off. That way, you’re not unplugging everything (and then having to do it all in reverse when you need the appliance or device), but you only have to flick one switch (zat’s right, just vun svitch). Yes, it will require some habituation. But if you think of the fact that you could potentially save up to 20% on your electricity bill, doesn’t that seem like a worthwhile habit to cultivate?

Speak to Sunburst Electric about how you can cluster your energy vampires together. Our highly experienced service professionals are standing by to do battle at your side, and aid in your quest to slay the beasts once and for all! We promise we won’t mind if you dress up as a vampire slayer.

PrevPreviousWhy You Should Be Using Insured And Licensed Electrical Services
NextJust How Smart Is Smart Lighting Really?Next